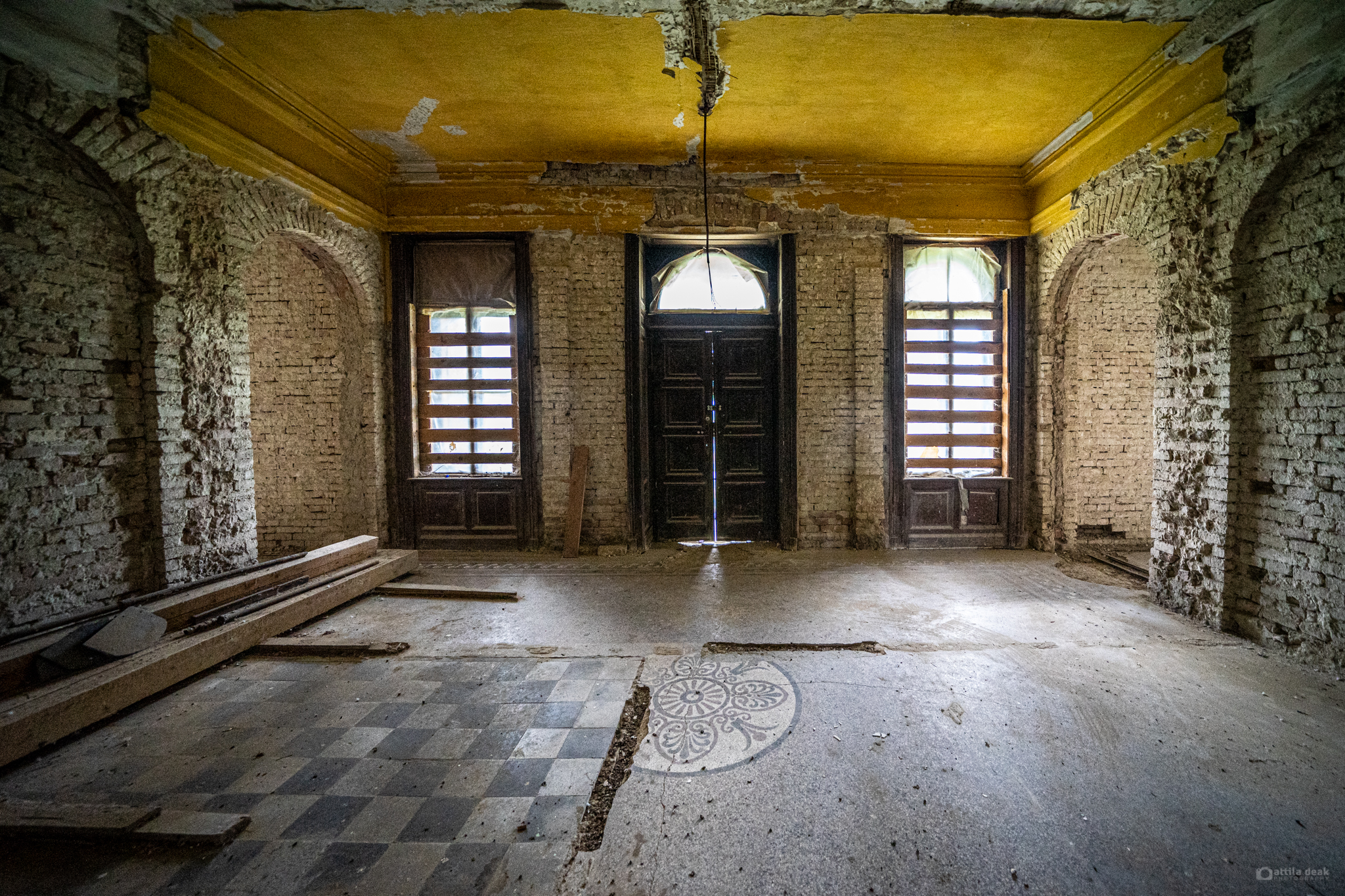 The background story of the Kégl Castle: 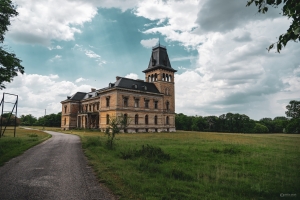 The first known ancestor of the Kégl family was Mihály Kégl, a pharmacist from Bratislava, who received a noble diploma in 1623. The family dates back to the 18th century. until the 16th century he lived in Bratislava as an urban nobleman. They came to Transdanubia as a manorial tenant. The founder of the property was György Kégl, Member of the Hungarian Parliament, who played a significant role in the public life of Fejér County, and also contributed a significant amount to the establishment of the county public hospital (the name of the hospital was also referred to as St. George’s Hospital).  Source: Wikipedia

Architect of the famous Hauszmann Alajos, and the castle’s architectural style is Neo-Renaissance.

The freestanding, two-story building with a complex floor plan. The ground floor parts are stripped, the floor is covered with raw brick, the corners are decorated with quadrants. On the left side of the building, there is a three-story tower with a square floor plan, on the third floor – in the lookout section – with three renaissance windows supported by pillars on each side. On the upstairs part of the risalit next to the tower, next to a double renaissance window, there are pilasters with ionic chapters, and above the stone puppet balcony, there is a gable decorated with garlands and stone carvings. On both sides of the rear façade, there is a side lattice, on top of the middle part held by two pillars and two columns in front of the central prism without a gable there is an iron lattice balcony. On the ground floor of the castle, behind the entrance, there was a foyer, behind which was a salon. On the left were the “young ladies” and the educator’s rooms. Upstairs we find the dance hall, the billiard room, the “gentleman’s room”. A basement was set up in the basement, where the kitchen, various storage spaces, and staff rooms were located. A fishpond and a chapel have also been established in the park, which has now been destroyed, a marble fountain stood in front of the main façade of the castle, and its pool can still be seen. Most of its once extensive park was destroyed.

The area of ​​Csalapuszta was taken by György Kégl from Countess Júlia Nádasdy from Nádasd and Fogarasföld in 1873, for 390 thousand forints. The castle was built between 1876 and 1878 according to the plans of Alajos Hauszmann, in the Neo-Renaissance style. The park around the castle blended into the picturesque surroundings of the western side of the Velencei Mountains. There is also a fish pond and a chapel in the park, in front of the main facade of the castle there was a marble fountain, the pool of which can still be seen. In the foreground of the castle is a large grassy clearing, surrounded by a landscape garden of native tree and shrub species to the left and left. The first specimens of the trees were planted 80-100 years ago, and the age of the specimens leftover from the original forest stand is over 120 years.

Entering the main entrance, we find ourselves in the lobby, behind which was the salon. To the right was the dining room, the smoking and gentleman’s room, and in the left-wing were the ladies – there were four – and the educators’ room. Upstairs, in the middle, was the dance hall, to the right was the billiard room, the manor room, and three guest rooms, and to the left, the small salon, the great salon, and the guest rooms were built. The basement housed utility rooms and staff rooms. The castle was equipped with all the achievements of the age, everything from central heating to the sewer.

The castle was inherited by his son, Dezső Kégl, after the death of György Kégl in 1895. It was owned by the family until 1945.

Most of its once extensive park was destroyed. During World War II, Soviet troops occupied the castle and operated it as a hospital, caring for their soldiers wounded in battles. After the war, the heavily inhabited building was used for agricultural purposes, further deteriorating its already worn condition.  After 1945, the building was used for agricultural purposes. The buildings around the castle have a collection of agricultural history.

The castle has been privately owned by a German company since 1992. Renovation work in progress since 2007. The owner of the area and the castle have restored the roof structure to preserve the condition so that the building does not get soaked. This was the first step towards renovating the property. When completed, it will be a casino and restaurant from the castle and, of course, will be visible to the general public, but of course, you will have to wait a few more years for that. In 2007, the € 6 million refurbishments were planned to be completed in a year and a half. According to the plans, which were also approved by the municipality, 21 luxury apartment houses, a 20-room hunting lodge, a riding school, a golf course, and an adventure pool would have been built on the 160–hectare area. In 2013, work ceased. 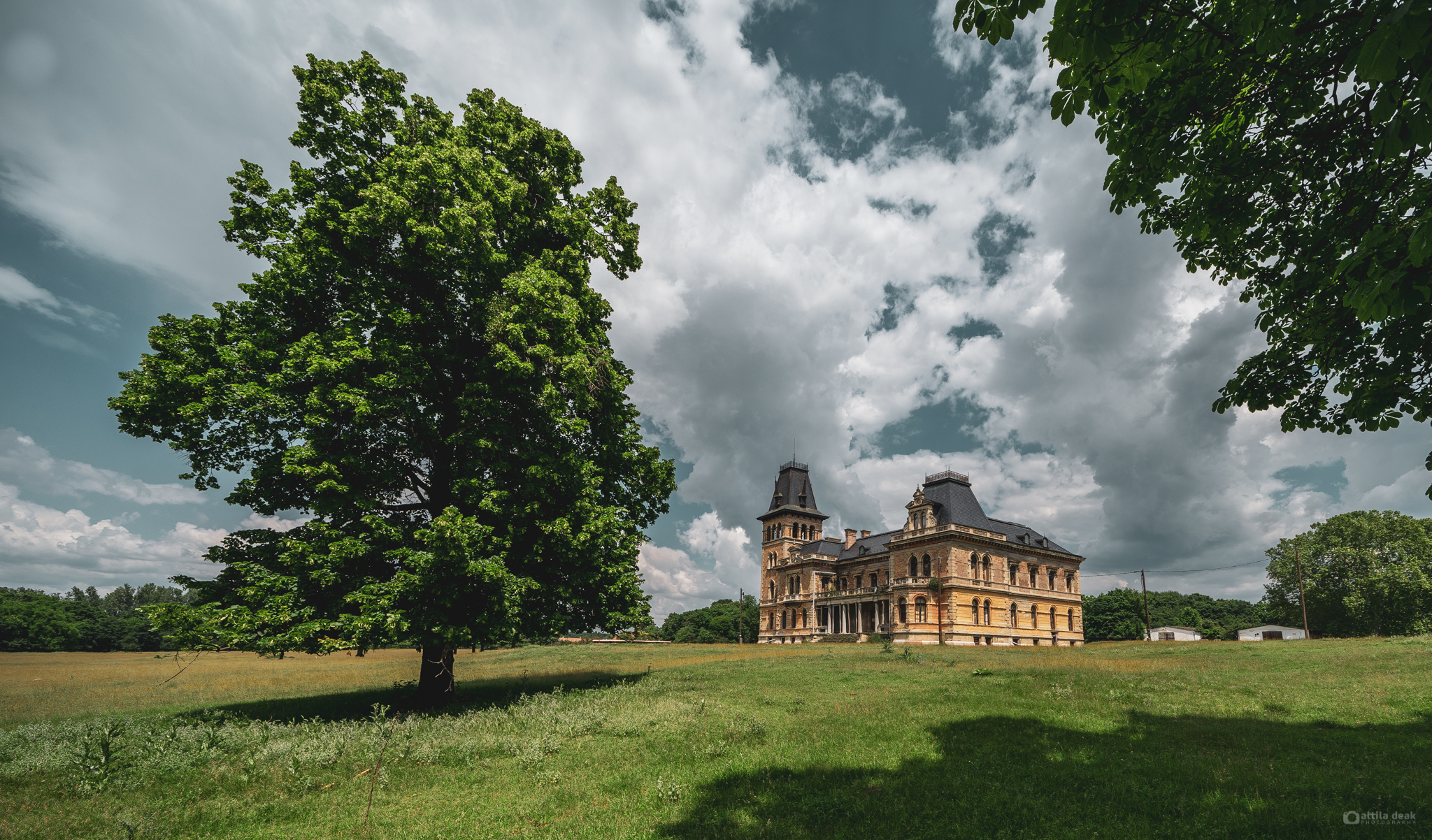 Interesting articles about the Kégl Castle in Hungarian language: