This “greek” style entertainment district at Lake Balaton is only 20 years old, but because of the loud all-night-long parties it was closed, and already became a ghost town. The Sun City has got the Mediterranean mood for sure, and some of these shops are still used or inhabited.

This “greek” style entertainment district at Lake Balaton is only 20 years old, but because of the loud all-night-long parties it was closed, and already became a ghost town. The Sun City has got the Mediterranean mood for sure, and some of these shops are still used or inhabited. 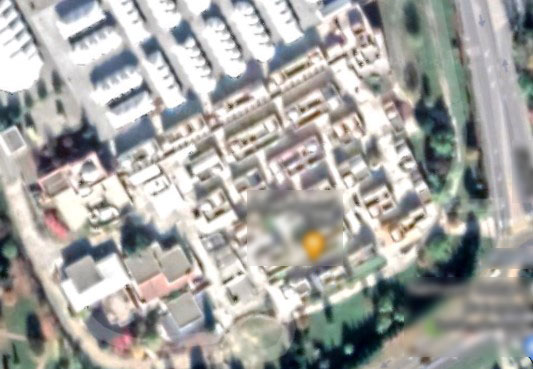 The background story of the Sun City:

Construction of the Greek village began in 1994, but it took a decade to open. The place has had good years in recent times, but it has never been able to make a big breakthrough. The history of the “Greek village” in the western part of Balatonfüred began in the mid–1990s, when someone thought out how good it would be to bring the Mediterranean style features of Greek architecture to Lake Balaton.

The construction of the Greek village was started in May 1994 by the contractor-intellectual Intell RB Rt., Who should have built the complex in a year. The start-up capital was put together by the traders involved in the business, but all the money ran out in the autumn of the same year, so liquidation proceedings were initiated against the company. A year later, the entrepreneurs founded Greek Village Ltd., and then bought the half-finished complex, but they could no longer raise the hundreds of millions of forints needed to complete it, so the investment came to a permanent halt.

It took eight years for a company to see the imagination in it, buy the area and finally be able to rebuild the Greek village. Eventually, the facility opened in 2005 under the name of Annagora Park, however, it was unable to bring the expected traffic to it, customers fell behind, and out of season, the building complex was a real ghost village.

The operation of the park was taken over by the Hungarian-owned Sundance Park Kft. In 2008 and the whole place was completely reorganized: restaurants, cafes, and shops were replaced by bars and discos, -, we managed to finally have people in the park. It was around this time that the village lived its golden age.
The bright colors of the buildings wore over the years, plants began to grow out between the buildings. In recent years, there have been only a few nightclubs in the summer and although they are usually open, they are only open between June and August during the summer season.

The Greek village is no doubt only a foreign concept, so the mayor of Balatonfüred says that the village should be demolished, but that a new function must be found for it. The buildings are still being expropriated, and the city’s stated intention is to finally generate revenue all year round.

But who is bothered by SunCity? One of the reasons for the city is that guests arriving for one night do not generate as much revenue as they do not spend their guest nights there. However, accommodations at the nightclub are also used by many overnights, and there are plenty of smaller local eateries, such as burgers, gyros, and non-stop convenience stores, to cater for incoming and outgoing parties, in some cases.

Another reason is that the dawn noise of nightclubs disturbs holidaymakers and locals alike. With some local knowledge and a look at the maps, however, the question arises as to who the many complaints may have come from. In the immediate vicinity of the Greek village on Bath Street, there is a sports field, shopping malls, an industrial park, and some other restaurants. Probably it was possible to establish a nightclub there specifically because the area was sparsely populated. On the other side of Road 71, there are hotels and campsites where outdoor concerts can really be heard better, but this year there was no need to worry about them, as they were not organized for this year’s season, and only two were held a year anyway.

In 2011, the current owner took over the complex, then known as Sundance Park, which was struggling with serious financial problems at the time. Then, under the name SunCity, they tried to entice those who wanted to entertain with new entertainment options and services. Concerts, tuning shows, and stand-up comedy evenings were organized, among other things.

Interesting articles about the Sun City in Hungarian language:

Videos from the Sun City: