The “haunted” abandoned castle of Hungary with, fears of love, several murderings, four known suicides. And where does the black name come from? According to some legends, the former color of the roof of the castle, according to other opinions, got its name from the doors and windows painted black. On the other hand, if we take into account how many deaths there have taken place, this name will already come to a different light, which is why many refer to it as a ghost castle, or just as a cursed place.

The “haunted” abandoned castle of Hungary with, fears of love, several murderings, four known suicides. And where does the black name come from? According to some legends, the former color of the roof of the castle, according to other opinions, got its name from the doors and windows painted black. On the other hand, if we take into account how many deaths there have taken place, this name will already come to a different light, which is why many refer to it as a ghost castle, or just as a cursed place. 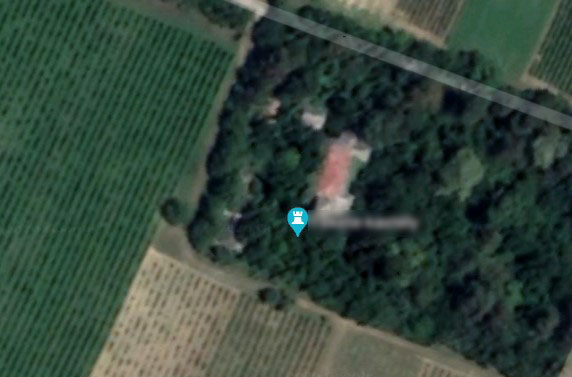 The background story of the Black Castle – Fekete Kastély:

Member of Parliament Jenő Nedeczky built the castle not far from Lake Balaton in 1880-1881.  It got its name from the former black color of its top – others say its black-painted doors and windows. However, the events that have taken place here put this name in a different light.

The castle was bought by Jenő Nedeczky from his brother, István Nedeczky, who was struggling with financial difficulties. by the way, an old noble family, the Nedeczky, owned the area, who came to the area through Lesencetomaj from the Highlands through a marriage. István Nedeczky escaped to Somogy through his marriage in 1855, where he became indebted by 1859, went bankrupt, and his brother. István was arrested in 1864 on charges of preparing for an armed uprising and sentenced to death. However, through the intercession of Ferenc Deák (Deák’s nephew), the sentence was commuted to 20 years‘ imprisonment and was finally released by amnesty at the 1867 Compromise.

Around 1880, Jenő began to build the above castle, in preparation for his marriage in 1881, he wanted to create a larger, more representative building than before, according to unconfirmed sources based on his own plans.

According to the legend of Ederic, the black rider was the restless ghost of Jenő Nedeczky (1840–1914), a member of parliament. He is the one who built the cursed Black Castle surrounded by tragedies, notable for the fact that its owners mostly ended their lives with their own hands. Jealousy, murder, suicide, espionage weave through the century-old history of the already ruined castle. The lord of the house married his niece, Emma Nedeczky, in 1881, but they had only two years of happiness, and his wife died of pulmonary atrophy in 1883. Nedeczky never remarried, but rather went to the Hertelendy family to play cards and only left home late that night or at dawn with that particular black carriage.

István’s other daughter, Franciska, also left the ranks at a very young age, at the age of 18. Large-scale construction ceased, presumably due to mourning and the devastating phylloxera epidemic in the area at that time. Jenő became a Member of Parliament in 1892, and only then did the upper Black Castle receives its upper level and towers.

The first murder took place in the summer of 1912, when a goulash (shepherd) from Ederic killed his sweetheart, the castle cook, out of jealousy. The second death was suicide: Jenő Nedeczky ended his life on his 74th birthday in the spring of 1914, because he could no longer bear the pain associated with his rheumatic disease. By this time, the former goulash of the estate, who had killed his love, the cook, in 1912, was already in prison. She went to have fun with a girlfriend one night, but her sweetheart, thinking she was cheating, suddenly killed her in anger.

In 1928 he already had a new owner of the castle, Jenő Vág, a lawyer, whose wife, on the other hand, was really a bartender and fell down with a well drill. Her husband could not bear to be ashamed, just as the former landlord became suicidal. The widow took the new man with her, but she still couldn’t bear her blood, she needed a lover beside her. This time, too, the matter remained a secret, and just like her ex-husband, the cheated well drill, settled indigestible grief within the cursed walls, she ended her life with her own hands. The woman was overtaken by the notorious adulterer of the age, Adorján Kaály Nagy. The cheater circled as a thirteen-times bigamist, pretended to be a landowner in the Great Plain and a naval officer, and this time he turned the nymphomaniac of the Black Castle out of his property. He beat much of the woman’s wealth and then disappeared. To escape the debt trap, the woman was forced to sell the property.

The chief ministerial adviser and amateur actor Jenő Marich moved to his place. He had good relations with the film industry at that time, thanks to him we know what Nedeczky Castle was like inside and out during its heyday. This is where the musical comedy “3: 1 for Love” was shot with the stars of the era, including Rózsári Bársony, Kiss Manyi, Tivadar Bilicsi, Kálmán Rózsahegyi. But he was still caught by the curse of the Black Castle, he also called Jenő Marich, who in World War I. he was spying on the Germans and the Russians at the same time. He fell by moving the Japanese embassy during the siege and finding beacons during a preliminary inspection of the building. It was then that Marich, like his predecessors, also voluntarily ended his life.

The widow sold the castle to a retired chief ministerial adviser, who lived here with his Romanian wife during World War II. He was a dual intelligence officer, apparently working for the Germans, but was actually a Soviet and English intelligence officer. This was probably learned by the Germans, as he committed suicide in February 1945, in the days before the front crossed.

The castle was for a short time the temporary seat of the Embassy of Japan, then after World War II, it became the Children’s Resort of the Vasas Trade Union. Remodeling, shared showers, a socialist lamp, and tiles in the dining room still preserve traces of remodeling. The castle continued to function as a children’s resort. After the change of regime, he no longer had a master and has since collapsed. From time to time, hikers curious about the infamous place get lost.

The spirit of the black rider has not shown itself since the seventies. Graffiti, inflated on the ruins, however, testifies that the walls of the Black Castle are still a scene of love, deception, and attract broken hearts. The castle operated as a resort for some time but has long been abandoned and neglected. It is slowly becoming obsolete due to the destruction of crumbling walls, vandals, a slowly falling ceiling, an incomplete roof structure that is torn in places, and a complete lack of maintenance/preservation.

From the top level of the castle, you can still enjoy the beautiful panorama, it would be a shame to leave it destroyed. In 2014, it was sold for another 220 million Hungarian forints. Last news: 5/13/2014 cancellation of a collateral mortgage amounting to EUR 400 000.
Sources are highlighted below, see the articles!

“The entrant to the building is shocked by the completely destroyed foyer and staircase, it is no longer worth wondering what it might have been like, it is more inspiring how it could be made spectacular.  From the salon, we enter a magnificent terrace, which is impressive even in its ruins, where we can feel what the atmosphere of the Balaton castle might have been like. The building complex was used as a resort in previous decades, we can see from the design of the two chandeliers hanging in one of the ground floor rooms that not so long ago. Partitions have been erected in socialism to cut large rooms, these can be easily dismantled. Remains of washbasins and kitchens cause disgust, a lot of graffiti on the walls, the rubble lying everywhere, we hardly want to go up to the second floor.

You can enjoy a dazzling view of Lake Balaton from the top level. The tower room still stands out from the abundance of trees overgrown with forest in the park, an unparalleled view unfolds before us. This is also the reason why those who venture to the attic put down a pot. The view through the roof is beautiful everywhere, but the holes created in this way soak the slab.

Investor enthusiasm and an architectural challenge are to save the Fekete Castle, halfway between the Esterházy Castle in Szigliget and the Festetics Castle in Keszthely. With the monumental reconstruction, like the Vaszary Villa in Balatonfüred, it could become an elegant cultural and event venue and a castle hotel, just as the Tudor-style palace of the ethnographer, Gyula Sebestyén was reborn in Balatonszepezd as an investment by an Italian businessman.

It is also worth considering that instead of the extremely expensive and commercially lucrative monument renovation, architects could work with wider options and calculate for the Nedeczky house. If no one dared to cut into the palace reconstruction, save the building a modern, forward-looking, experimental remodel. With total destruction, every solution can only bring better. ” by Gábor Ács

There is also a novel about the Fekete Kastély (Black Castle) in Hungarian language:

Pictures are from:   Magyar Nemzeti Digitális Archívum, Zoltán Szalai, and the articles above. 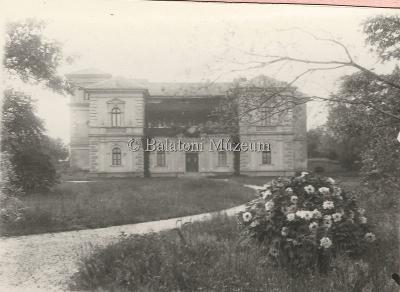 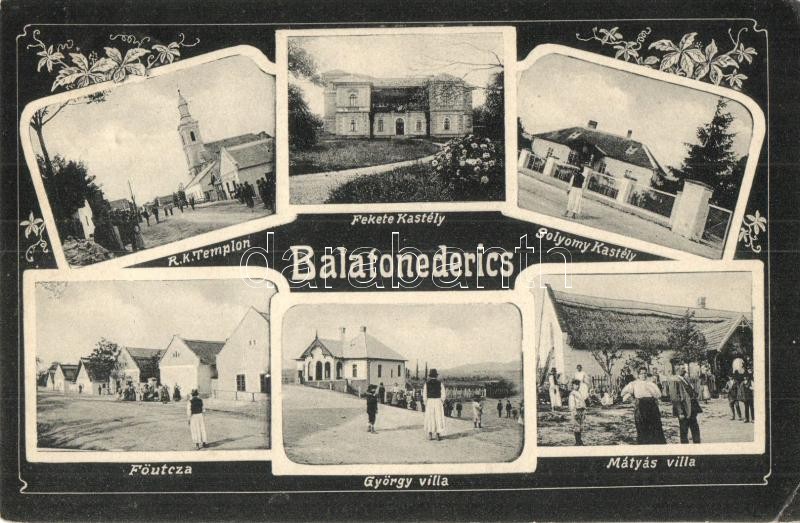 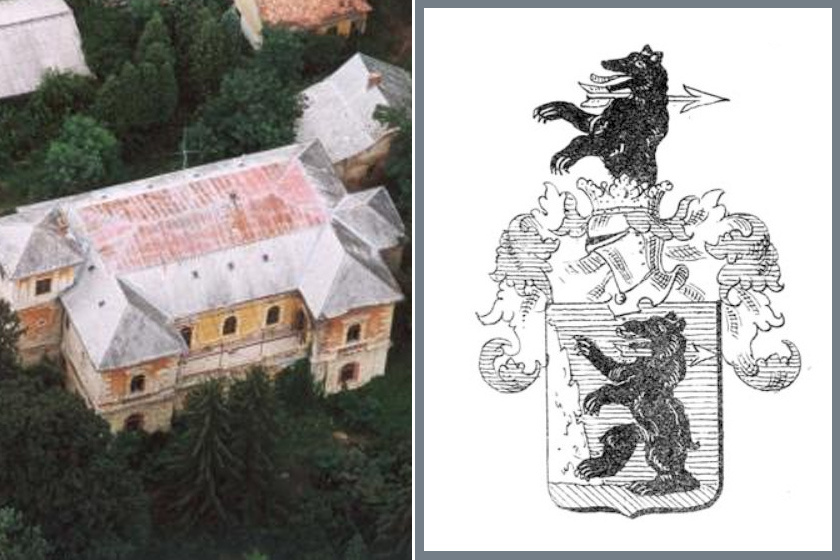 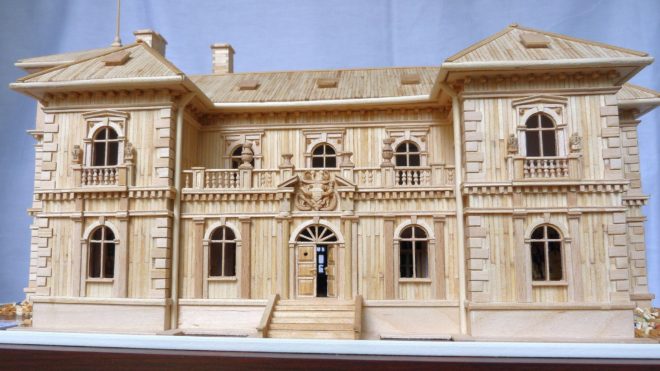 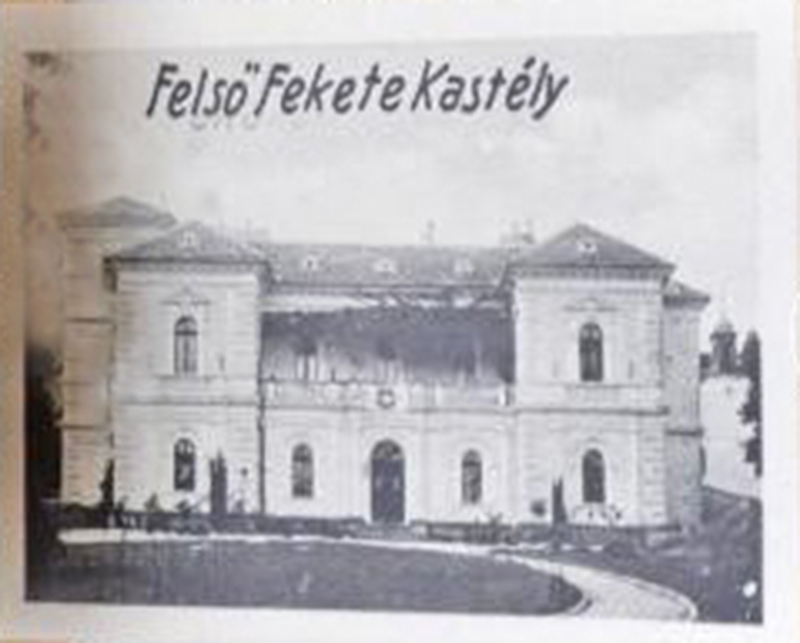 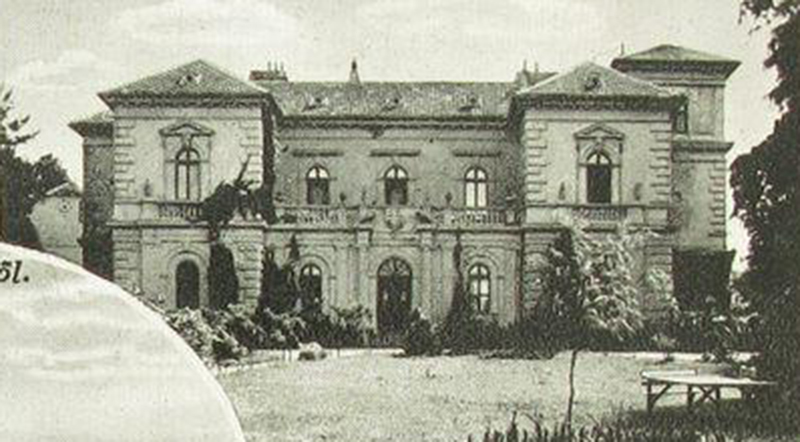 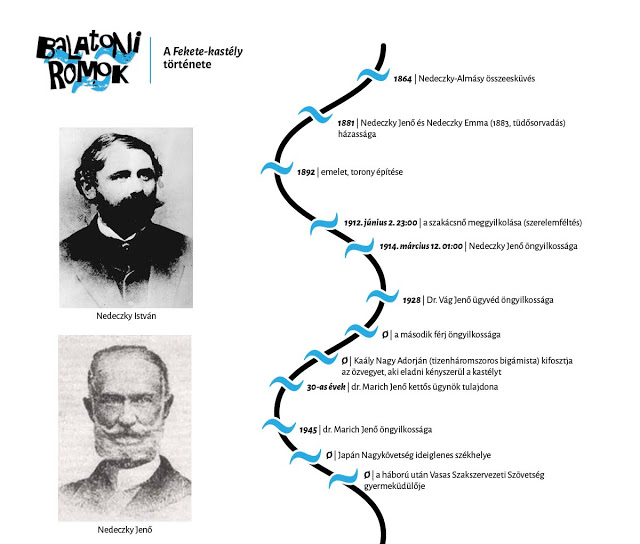 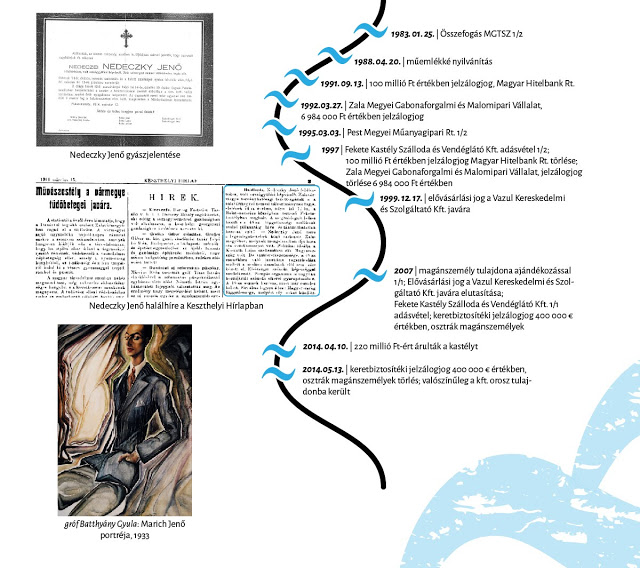 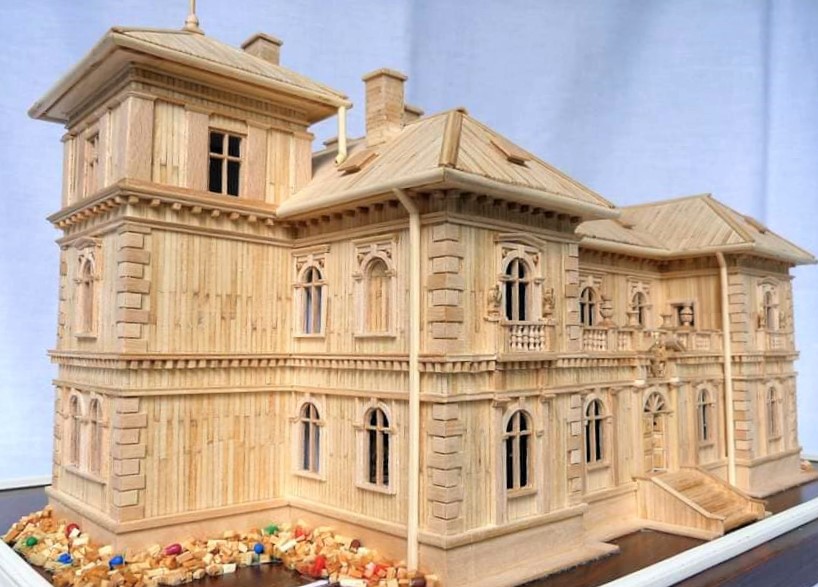 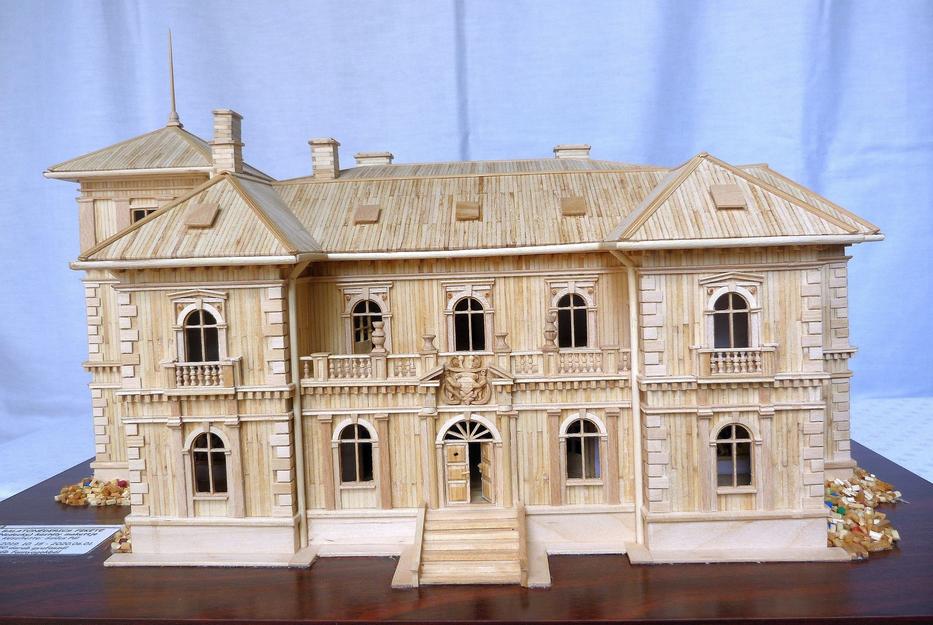 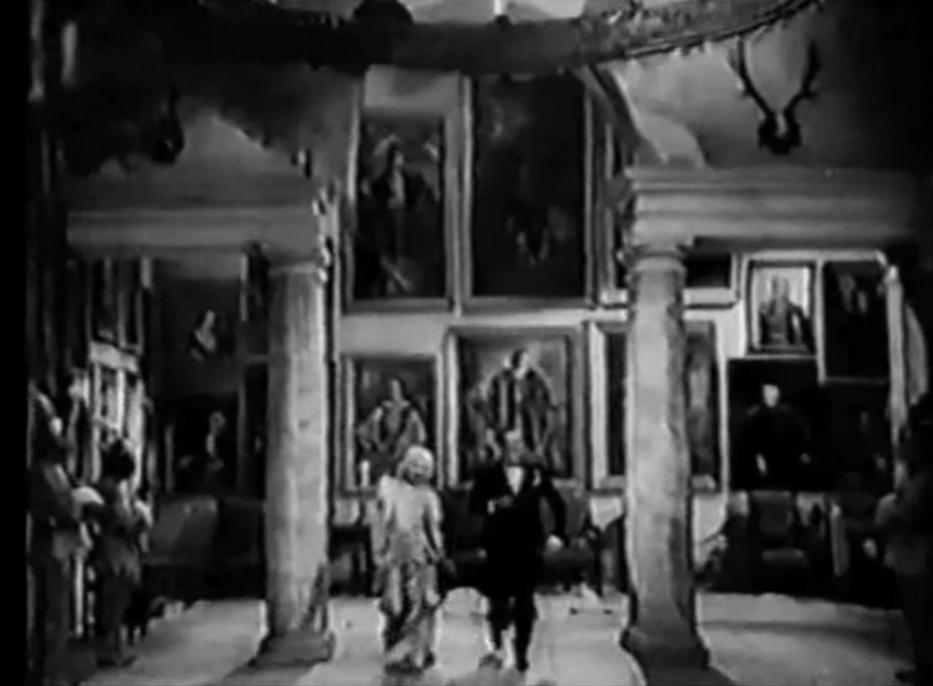 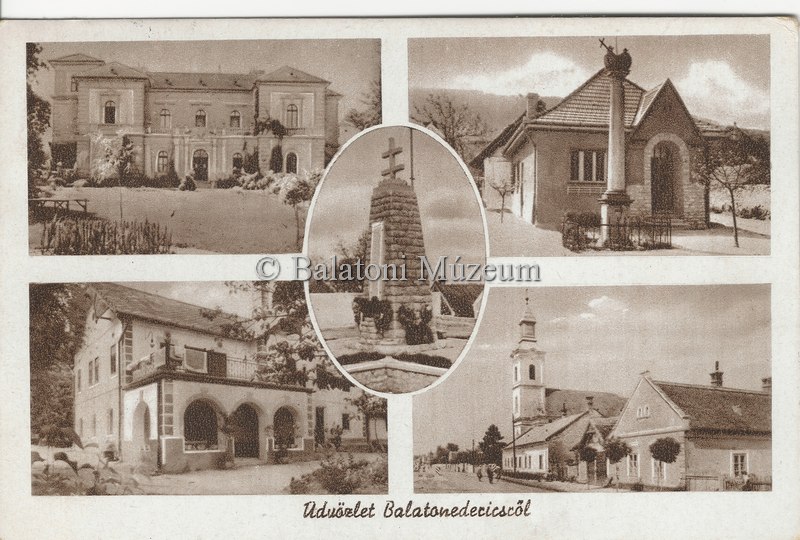 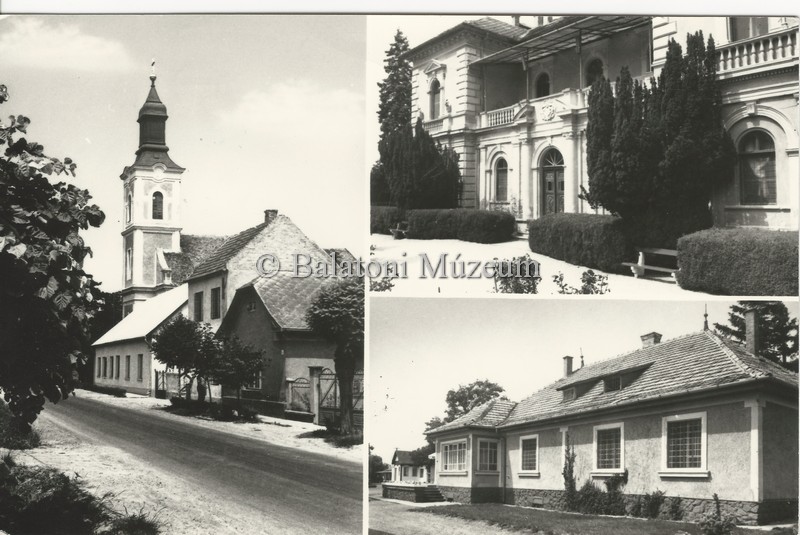 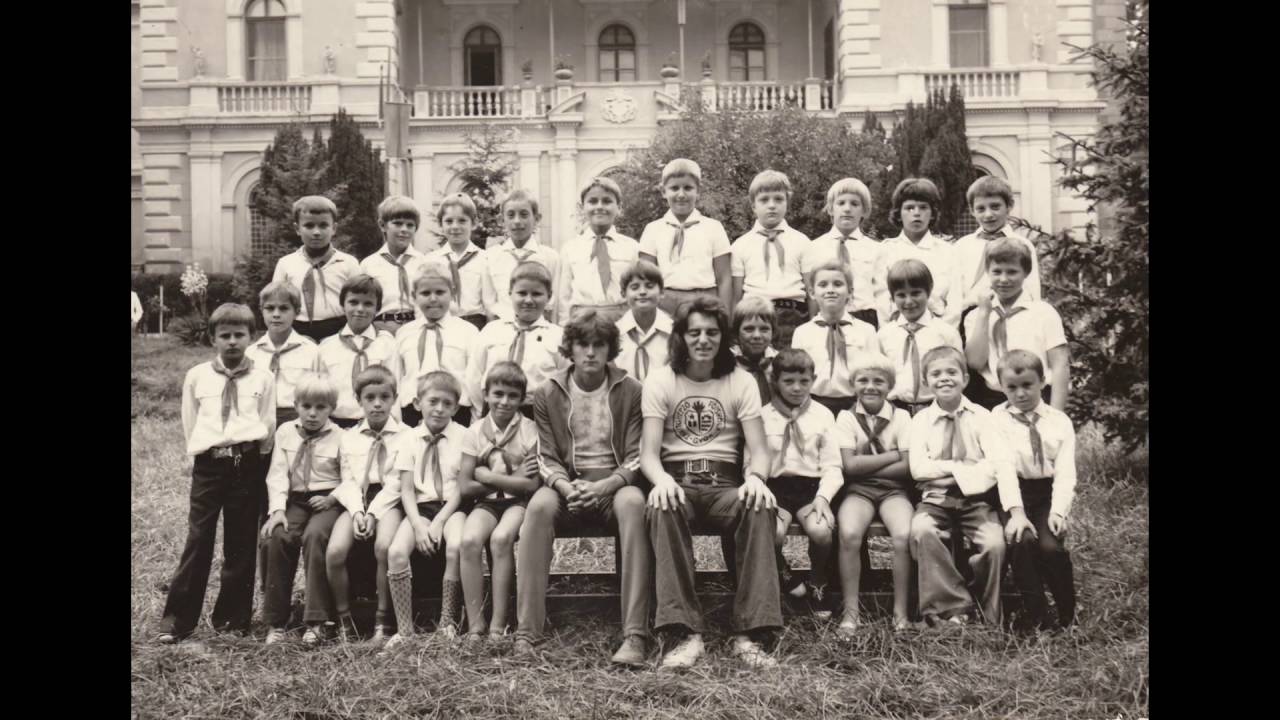 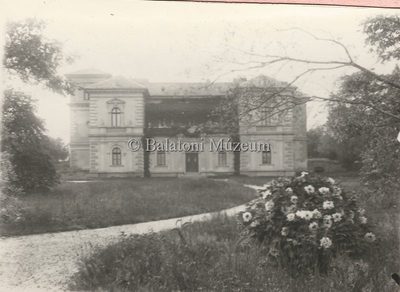 Videos from the Black Castle: