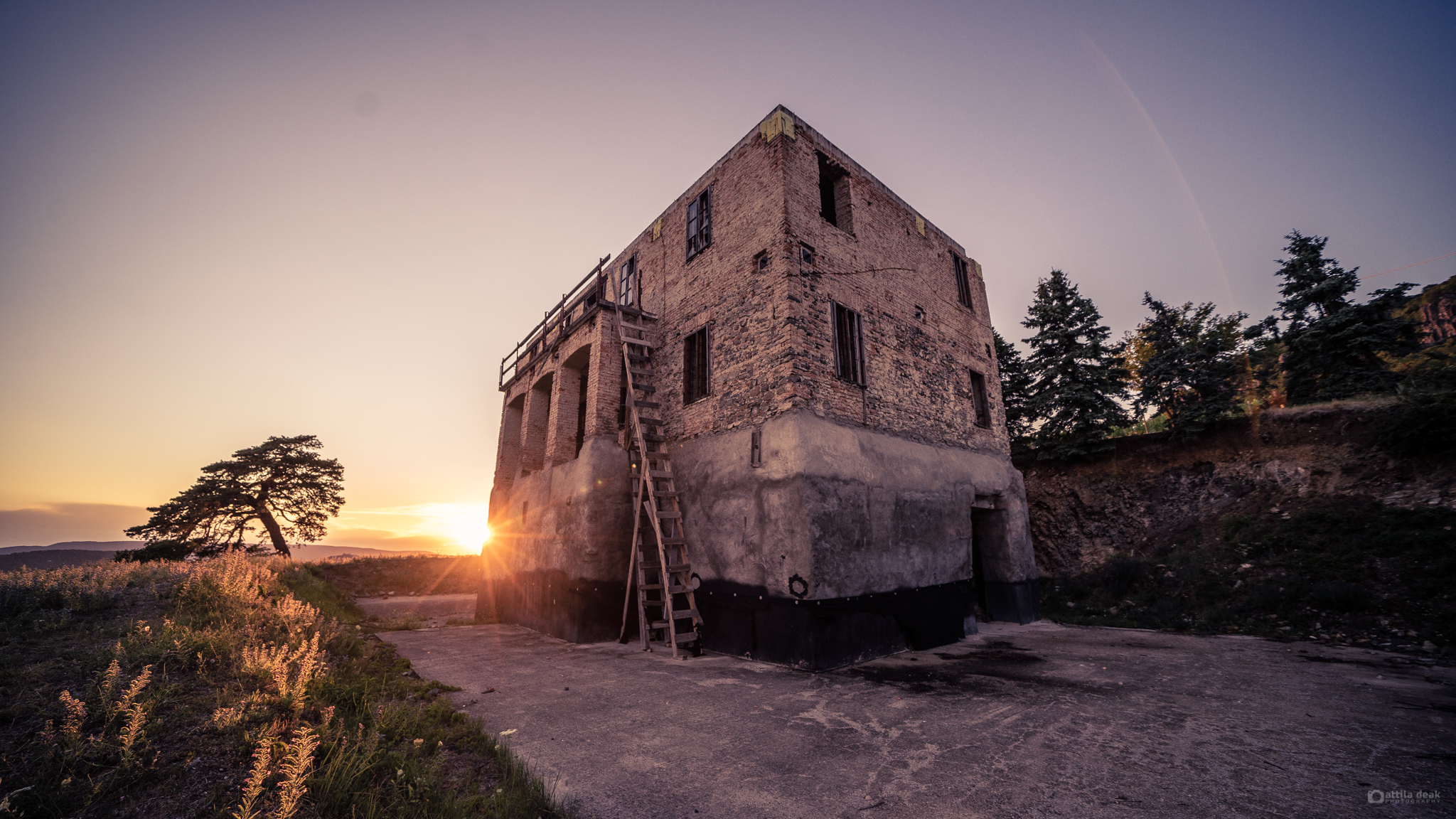 With the best view in Hungary, this old villa is waiting for its reconstruction, and probably the end of being abandoned. At the dead-volcano Badacsony, with a 180-degree panorama of lake Balaton, the old Ranolder Villa was one of the best mansions of Hungary, once belonged to the Catholic Church, it was the holiday place of Ranolder abbey.

With the best view in Hungary, this old villa is waiting for its reconstruction, and probably the end of being abandoned. At the dead-volcano Badacsony, with a 180-degree panorama of lake Balaton, the old Ranolder Villa was one of the best mansions of Hungary, once belonged to the Catholic Church, it was the holiday place of Ranolder abbey. 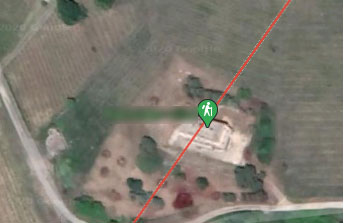 The background story of the Ranolder Villa:

The classicist villa was the holiday home of Bishop János Ranolder in Badacsony, who lived in the 19th century. The building, which is in need of renovation, stands on a plot of nearly four thousand square meters. The beautiful villa, which was built in 1864 according to the plans of József Szentirmay, had to be renovated earlier, but the plans did not reach the renovation. The famous holiday home overlooking Lake Balaton has since been roofed, gutted on the hillside. Szentirmay was a reputable architect of the era, and in the 1860s the estates of the diocese became the leading designer of a bishopric that earned a nice income after their modernization.

It rises on the hillside in the area of the Balaton Uplands National Park, on the southern slope of Badacsony, in a picturesque landscape environment. The plot offers uninterrupted, wide views of the vineyards of the foothills, the open waters of Lake Balaton, and the shores of the shores. The plot is bordered on the south by a basalt stone road, in other directions it is surrounded by vineyards, and a few hundred meters north towards the hilltop, the characteristic, basalt-columned rock wall of Badacsony rises. The two-story villa was built by Bishop János Ranolder of Veszprém in the 1860s. The building was probably completed in two main construction periods, based on a definite concept, with a simple but practical interior layout, and based on the available data. The building is currently under monument protection.

The interior of the holiday home, originally covered with a fine slope – the last owner of which was the Badacsony State Farm after its nationalization – was almost completely smashed: no door or window, you can’t go upstairs or even the ground floor, we can only stare at the basement. space, the inner walls leaning on a few pieces of the floor above us. Behind the building we see a few square feet of area carved out of the mountain; they may have recently been dug out.

According to history, the Ranolder holiday home, which has seen better days, owes its existence to one of the charter circles of the Chief Shepherd of Veszprém. The bishop went up the hill in Badacsony, under the basalt towers. Until then, he thought, writes Károly Eötvös on his trip to Lake Balaton, that the region of Naples and Sorrento was the most beautiful landscape in the world. When he looked around, he gestured to his governor and said,

“Our country is the most beautiful country, and this is where we stand, the most beautiful region in the world. Build a dwelling house for me here, and above me, on the top of the basalt tower, raise a huge cross in memory of our Savior. And buy me the grapes that perish, and teach men to grow grapes wisely. Once upon a time, thousands and hundreds of thousands of travelers from foreign nations would come here to see all the beauty here: to see all the beauty here together! ”

The white power stone cross still stands above the basalt mounds on top of the mountain. The earliest photographs of the characteristically shaped mountain, the postcards made from them, show that a roof originally with a tympanum was erected above the balcony held by four rectangular columns from the floor of the building, which was then demolished sometime in the mid-20th century. its place is still clearly visible, as the cornice is missing just above the balcony decorated with a wrought-iron railing. And just as the tympanum that defines the facade, this decorative railing has been washed away by time, there are only two side pieces in place in that particular photo. The balcony, where the bishop used to be happy, was already ruined in this picture, but there are also problems with the basalt terrace surrounding the building. These deteriorations were corrected even during the state economy, the real Calvary of the already listed villa only started about ten years ago. Photographs were taken in November 2008 show only the deterioration of the plaster, with the roof and windows in place. The investor would have transformed the building into a hotel, and according to visual designs on the World Wide Web, the original roof over the balcony would have been rebuilt from wood or even a more durable material.

Many hundreds of cubic meters of basalt stones were mined from the hill by Ranolder Badacsony Kft., The last owner, who has owned the house and the plot since 2008, led by Péter Póczik, so he wanted to increase the level of the cellar. To his general surprise, he received a permit at that time, although since 1964 a law has prohibited the extraction and removal of basalt and basalt tuff rock from witness hills, and the holiday home is located in the Balaton Uplands National Park, which is protected by the strictest legislation. The then still existing Cultural Heritage Protection Office (KÖH) has meanwhile approved the conversion of the villa into a resort that requires significant intervention. Architect Péter Kis, changing the original architecture, designed a panoramic window for the plinth of the building, and instead of the iron-railed balcony on the first floor he wanted to build a wooden porch (which in this case is historically foreign). Although the work had started, the KÖH was forced to revoke the permit, as the original wooden staircase of the summer house was demolished without its consent. During the renovation and reconstruction, the contour, façade appearance, and weight of the building remained essentially unchanged, and the ornate canopy above the upstairs balcony, which was presumably demolished during a minor 20th-century remodeling, was restored to its original condition. The harmony of the villa building with the natural and built elements of the narrower and wider landscape environment remained untouched.

The scandalous view of the Balaton highway is especially striking: the late classicist villa of the former bishop of János Ranolder without a roof awaits the glorious end, exposed to the vicissitudes of the weather. For years, the magnificent building that dominates the hillside has stood this way, defying destruction for the time being, but there is no doubt that if human hands do not intervene, it will sooner or later be forced to give up the fight. Owner negligence rightly upsets the eyewitness, especially when he knows that the demolition of the roof, or even its complete disappearance, is, unfortunately, an old-fashioned method for all those who want to get rid of the monument they own, which consumes an insignificant amount of money when renovated. If the building becomes life-threatening as a result of the deterioration, even the monuments can do very little, the house can be removed from the face of the earth by referring to the physical integrity of others.

The property was purchased in the summer of 2017 by the company of Prime Minister Viktor Orbán’s son-in-law, István Tiborcz. The paper states that BDPST Zrt. Bought the Ranolder villa and the property belonging to it as a bank claim. Although the municipality of Badacsonytomaj had a pre-emptive right to the building, the mayor said they did not have one hundred million forints to buy it and no more money to renovate it. Tiborcz finally sold the building in August 2018. The buyer of the property, Zemplén Market Zrt., Introduced the villa for HUF 135 million to the newly established Ranolder Villa 1864 Kft. This company was bought by the famous TV presenter Philip Rákay. 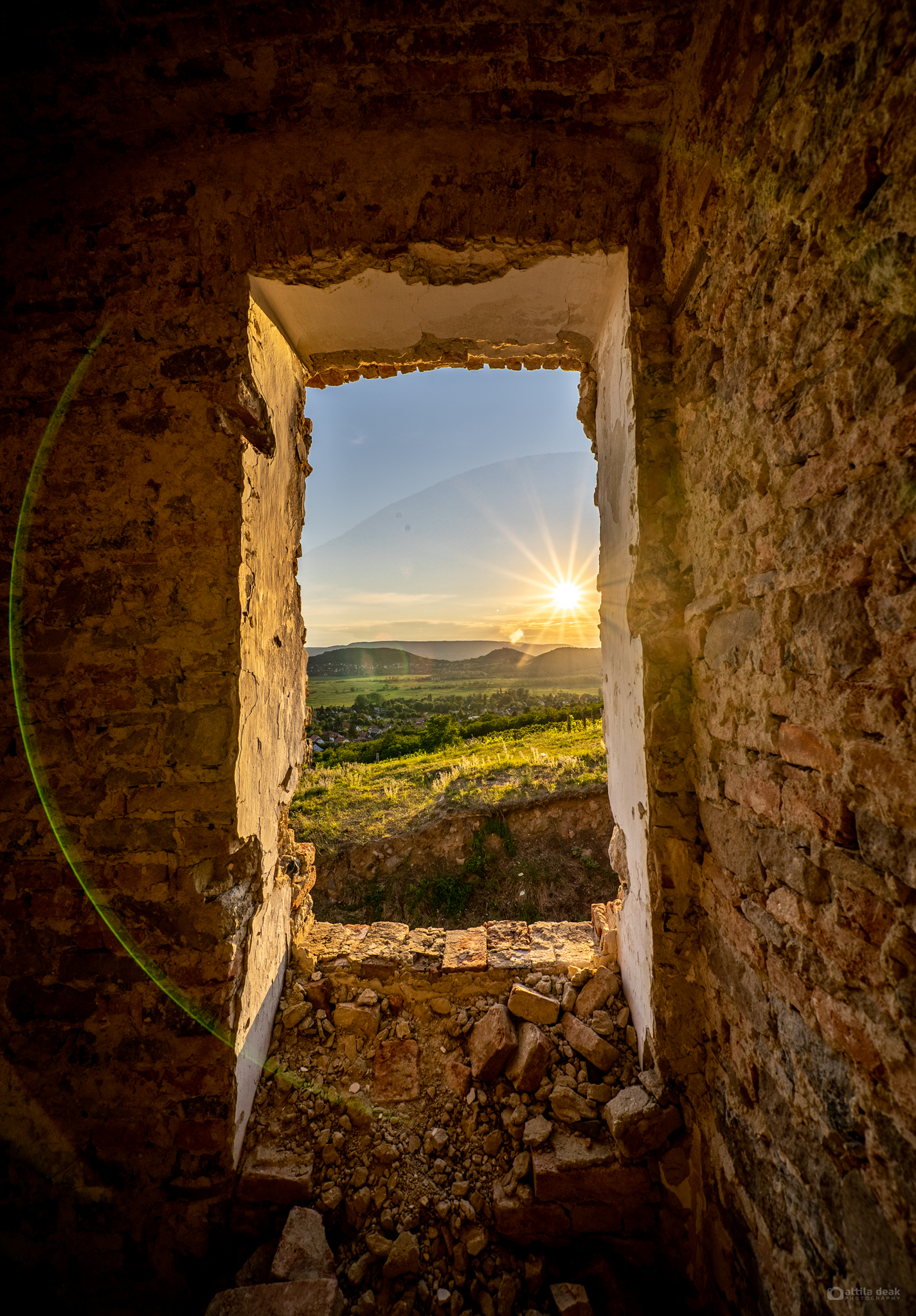 Interesting articles about the Ranolder Villa in Hungarian language: 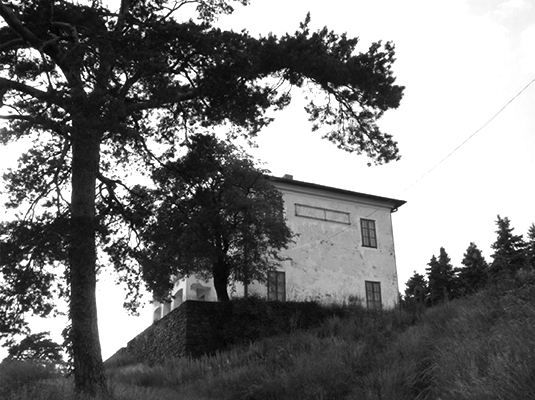 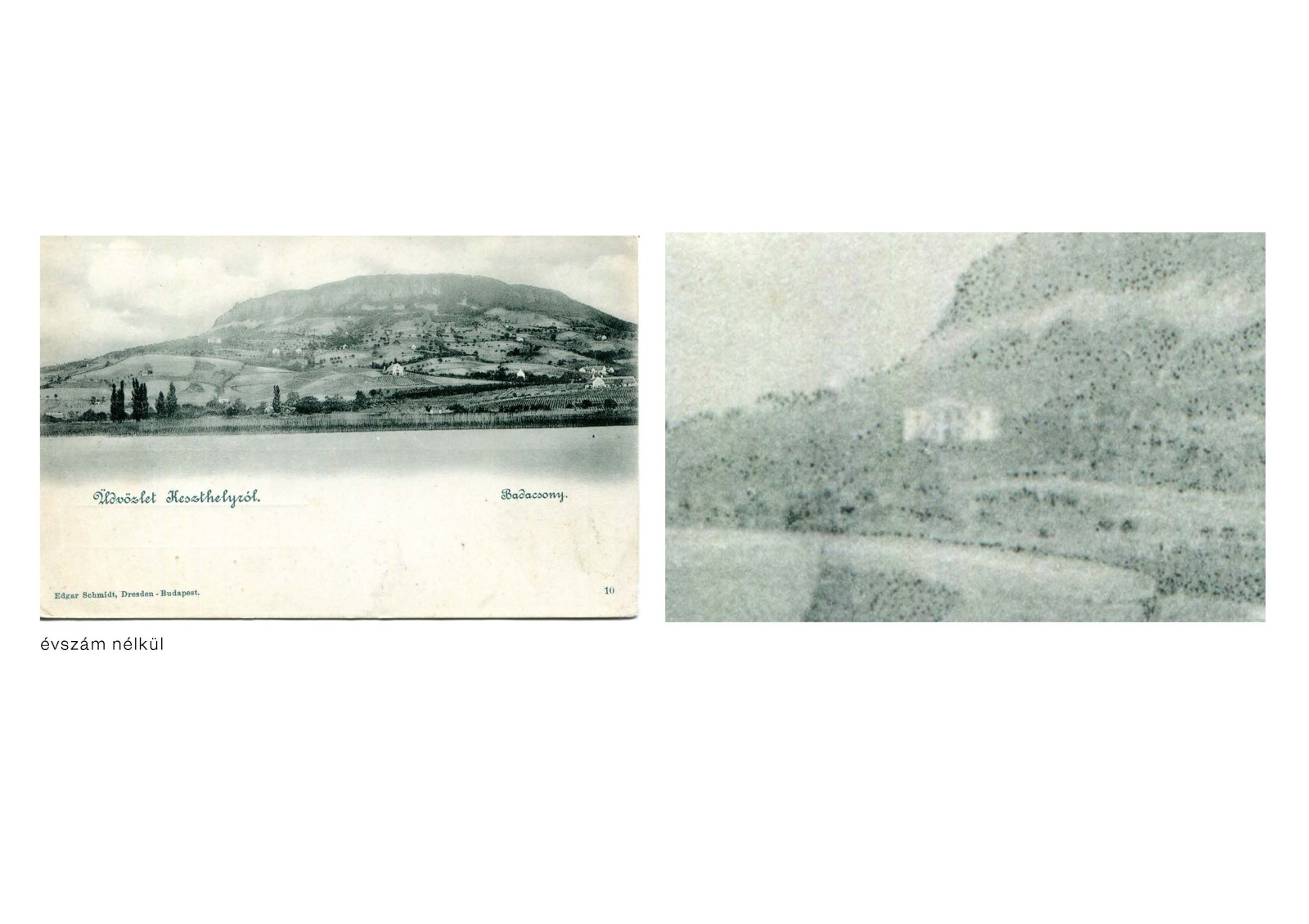 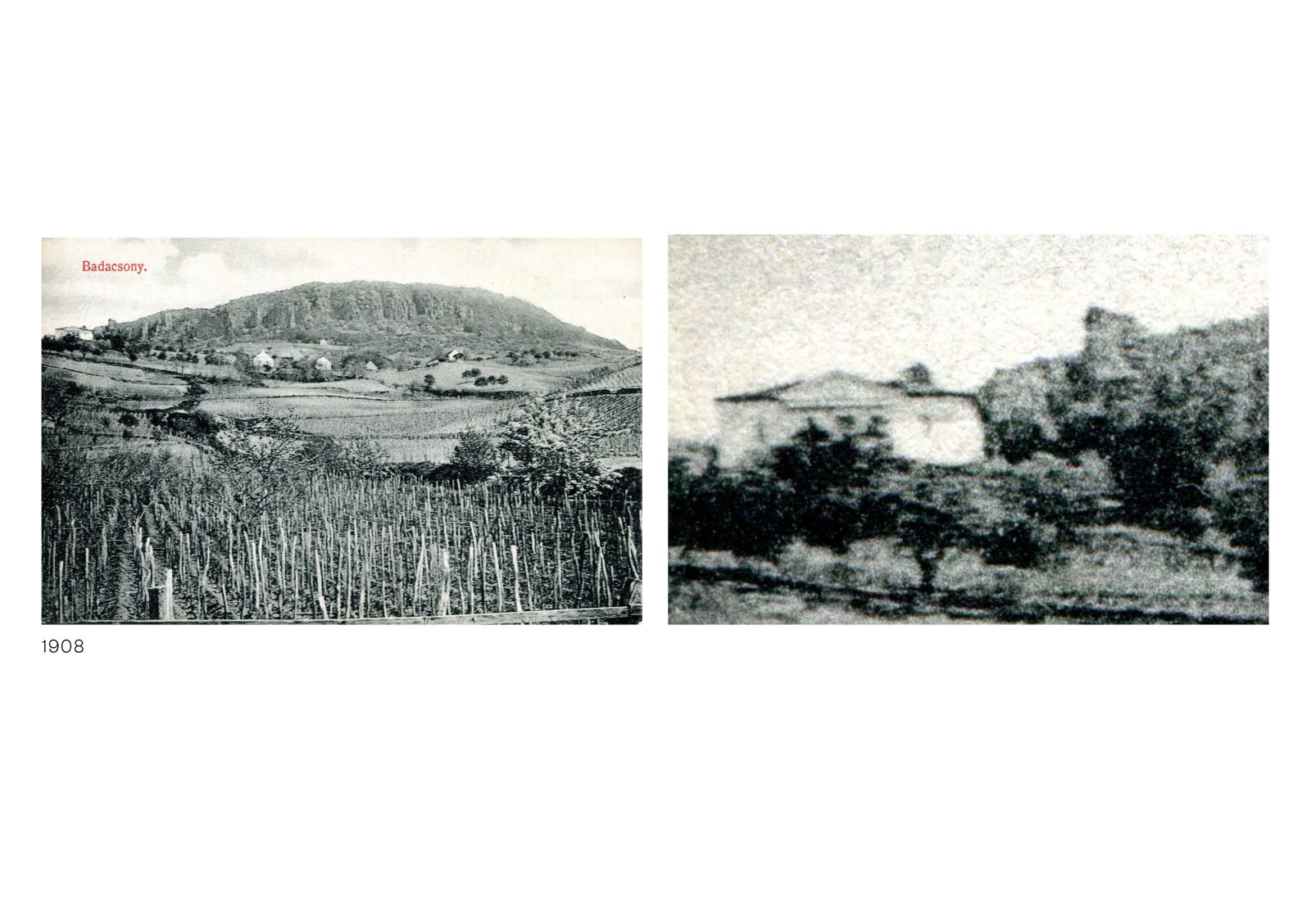 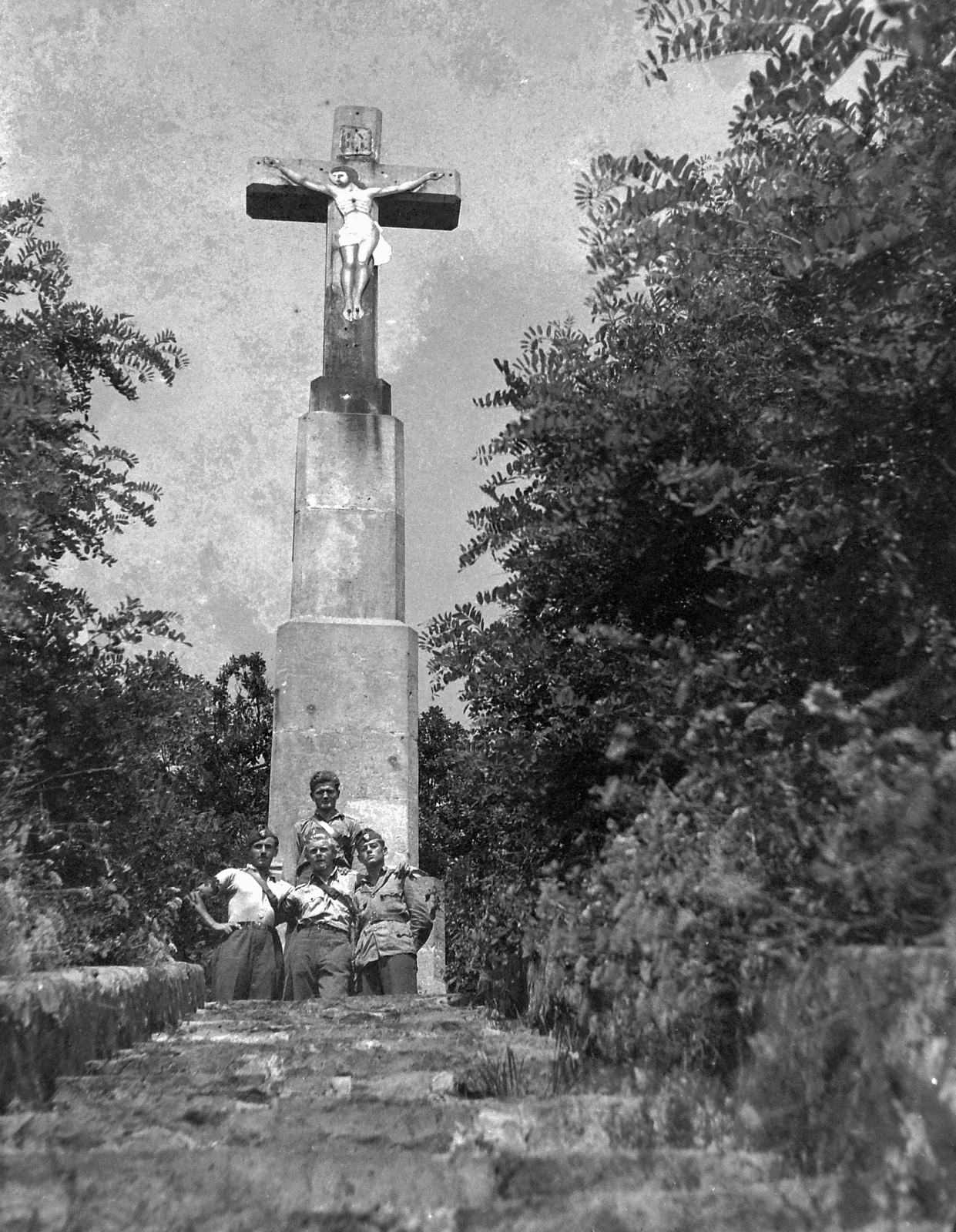 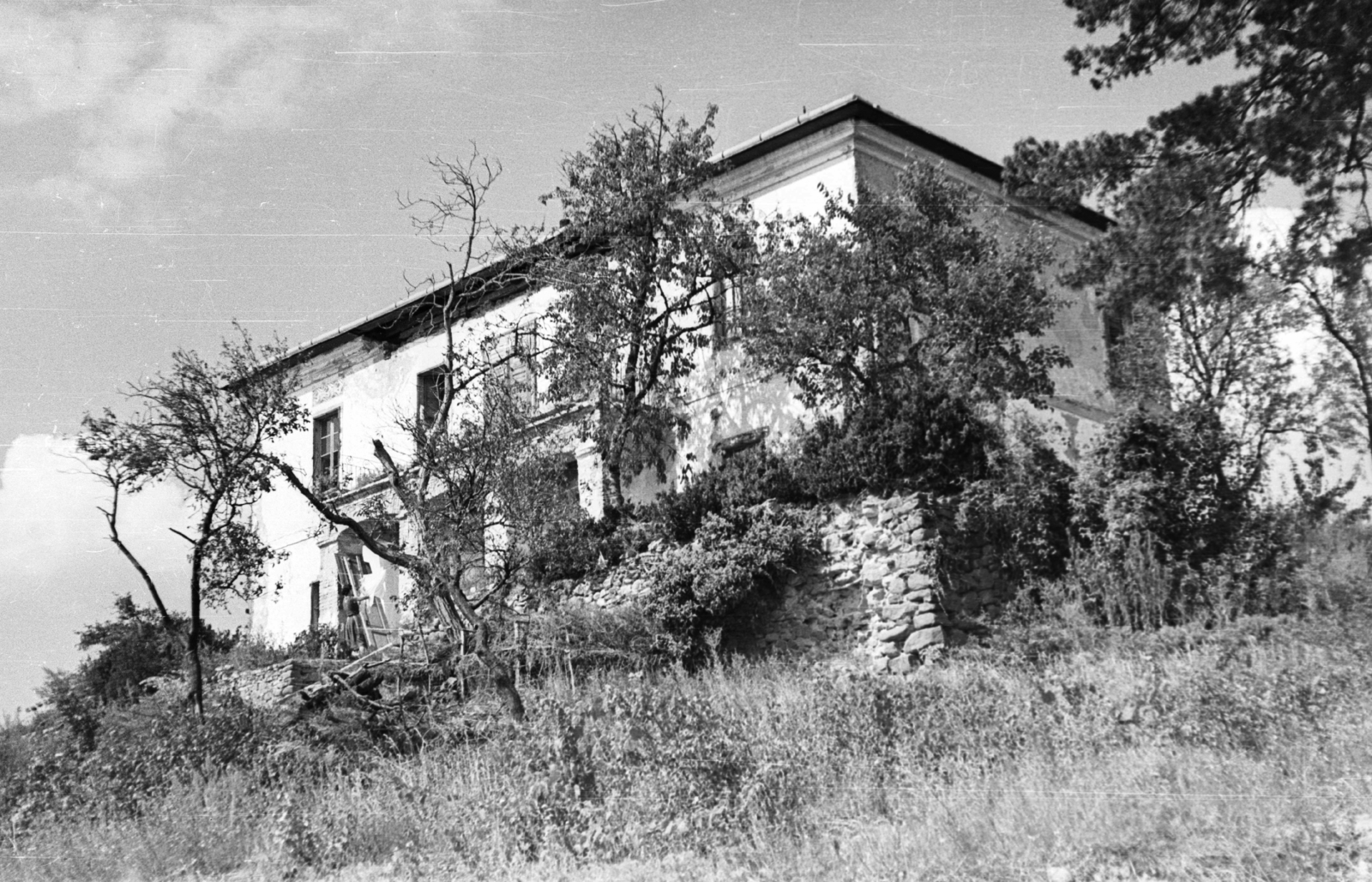 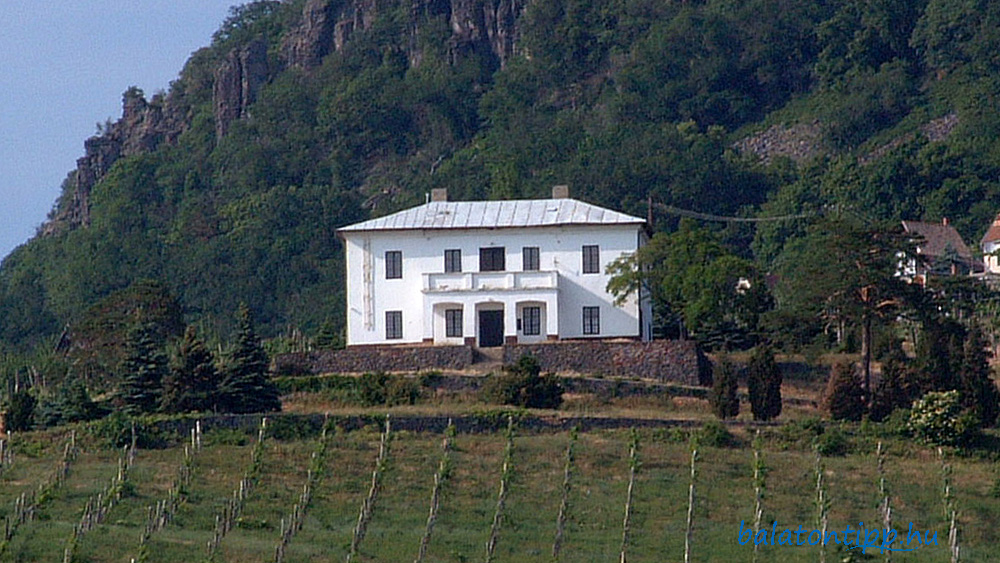